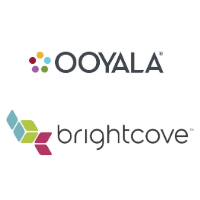 The two companies operate in very similar spaces – so similar in fact that Ooyala has previously filed a lawsuit against Brightcove for theft of trade secrets. Brightcove already operates its own OVP business, and CEO Jeff Ray believes that bringing Ooyala’s OVP into the fold will make Brightcove the “undisputed leader” in the space.

“When you are the market leader, customers and prospects naturally includes you in RFPs (requests for proposals), they naturally come to you and that gives us, we think a great advantage,” he said in an earnings call following the announcement.

Ray said that the acquisition will also help Brightcove expand geographically, bringing in new customers in countries where it is currently not strong, or not present at all. He said that despite Ooyala’s difficulties in recent years, its customer base has remained strong. “Their customers trust them in a way that’s not inconsistent with ours and we’re thrilled about picking that up,” he said.

Ooyala had been exploring restructuring options after its management completed a buyout from Australian telecoms company Telstra back in October. The business had struggled during its three year ownership under Telstra, with the telco writing down its $500 million investment in Ooyala down to $0 last year.

Ooyala CEO Jonathan Huberman had hinted that sales of parts of the business might be on the cards, saying that he saw the most opportunity in its media workflow tools. The company sold off its ad tech division to addressable TV advertising specialist INVIDI back in December, and now following the sale of its OVP, Ooyala’s business will be concentrated on these workflow tools.

Huberman believes the OVP will be in good hands under Brightcove. “We hold our customers’ success as paramount. Selecting Brightcove further demonstrates this commitment and ensures they will receive a world-class experience,” he said. “Brightcove is doing amazing things in the OVP market, and we are pleased our customers will work directly with the market leader.”