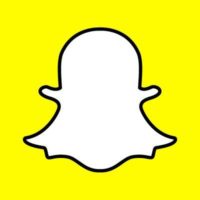 Snapchat owner Snap’s troubles over the past few years have been well documented – from an unpopular app redesign last year, to Kylie Jenner single handedly tweeting $1 billion off the company’s value, to the recent spate of high profile exits from Snap executives.

But Arete Research analysts Richard Kramer and Rocco Strauss spot a potential saviour for Snap waiting in the wings – Amazon.

The two companies already have links. Snap has a history of taking on former Amazon executives, including departing CFO Tim Stone and new CBO Jeremi Gorman. And Amazon has partnered with Snap to deploy ‘visual search on Snapchat’, where users can take pictures of items and buy them on Amazon.

Arete believes Amazon has the tools to solve Snap’s key problems, while also getting value back from Snapchat itself. Kramer breaks down the case for the case for the acquisition as follows:

What Does Amazon Get?

First lets look at the benefits for Amazon. The company could gain from Snap’s appeal to younger audiences, which generally are more difficult to address. The Snapchat app itself would bump up Amazon’s access to young potential customers, and could serve as a funnel into other Amazon products. It could also be used as a promotional channel for media content hosted on Amazon Prime Video, Twitch, and Freedive, the company’s new ad-funded video streaming service.

The second gain would come from the large amount of advertising inventory that would be added to Amazon’s reserves. Amazon’s quickly growing ad business is hungry for more valuable display, social and video inventory, a hunger that Snap would help satiate.

Snap specifically could be used as an alternative channel for live streaming or other ad-funded content – providing an alternative from its gaming-focussed live streaming platform Twitch and unreleased longform video service Freedive. This would help Amazon keep ads off Prime Video, ensuring that brand isn’t tainted in the eyes of the hardcore anti-advertising crowd.

But perhaps most importantly, Arete calculates that Snap would be a margin-accretive acquisition for Amazon (meaning that Amazon’s earnings per share would increase – in other words, the price paid by Amazon would be lower than the boost Snap would provide to Amazon’s earnings). This is because Amazon could both bring down Snap’s costs and boost its ad sales significantly.

Snap currently has two hosting partners, Google Cloud and Amazon Web Services (AWS). If Amazon was to buy Snap, it could shift all hosting on to AWS, cutting down its costs. Simultaneously, Amazon could use its hordes of data from Amazon.com, Twitch, Zappos and its other properties to boost the margins Snap makes on its inventory.  Arete calculates that Amazon could triple Snap’s ad sales to $3-4 billion by 2020, while cutting back $500 million in annual costs from hosting.

What Does Snap Get?

Hosting, data and boosted ad sales would of course be a gain for Snap as well. Arete believe an Amazon acquisition might be enough to make Snap profitable immediately after the deal.

Arete also sees potential for Snap to help turn around one of its current core problems, its decline in daily active users (DAU). Integrations with other Amazon properties, like Prime Video, Twitch and Amazon Music, would add interesting new functionality to the app, and could help attract new users onto the platform.

Snap would also have access to Amazon’s vast resources, which could help resolve problems around the development of its Android apps in particular.

Besides these more immediate boosts to Snap’s business. Arete says Amazon could help bring some level-headedness to the company’s leadership. Trouble at the top has been marked in recent months by a number of high profile management exits from Snap.

Under Amazon, Snap CEO Evan Spiegel would have a ‘mentor’ he respects, to help guide the company’s direction. And Snap would also be relieved of the pressure it currently faces every quarter as it publishes its financial results.

Within Amazon, Snap’s own financial performance wouldn’t have to be disclosed, with its income likely rolled into the “other” line item of Amazon’s own report, which includes all ad sales. Instead of facing scrutiny every three months over DAU growth or decline, the business could then shift focus onto longer term product rollouts, with potential to transition into commerce. Snap could, for example, become a shoppable platform using Amazon’s back end.

Will a Deal Actually Happen?

There’s a solid case to be made, and as Arete pointed out, Amazon has shown a willingness to support negative free cash flow businesses. Right now the current climate is not friendly to large acquisitions generally, given the political scrutiny of big tech.

But Kramer believes it essentially comes down to whether Spiegel will be willing to accept help where he needs it. Some stories that have been circulating suggest Spiegel isn’t prone to listening to outside advice, but Snapchat’s recent difficulties may have imposed humility where perhaps it was lacking before.