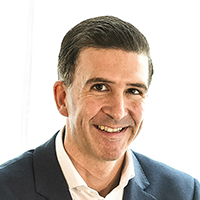 The UK’s Advertising Standards Authority (ASA) has been modernising its CAP (Committee of Advertising Practice) guidelines to adapt to this new trend, and has began calling out influencers who aren’t clear, cautioning “between 200 and 300” social media influencers. Reality TV stars Stephanie Davis, Millie Mackintosh and Zara McDermott were among those who received warnings, in each case for not being clear about which posts were sponsored.

Primas Law, a law firm which works with brand and influencers to help them make sure their campaigns adhere to the regulations, put out a warning to influencers last week after the ASA flagged a series of breaches. VAN spoke with managing senior partner Adam Kerr about what the new guidelines mean, and what brands and influencers need to do to avoid falling foul of the new rules.

Firstly, how does the ASA define an ad?

There’s a two part test to identify that. Firstly, it’s whether or not the influencer has been paid for the post or message they’ve sent out. And paid doesn’t just mean a straightforward cash transaction – it can mean freebies, overnight hotel stays, all that kind of stuff. Often it’s just a case of the influencer being sent a bunch of products, and sometimes the expectation then is that they’ll do something with them. So ‘paid for’ doesn’t just mean you’ve been paid £30,000 for what you’re going to say on Instagram.

Then the second limb of the test is about the degree of editorial control that the brand has over the posting. So if you’d been paid for some material, but the brand had no influence at all over what you said, then it wouldn’t constitute an advert, and so it wouldn’t be subject to the ASA’s standards. Again, the threshold can be pretty low. It can be full-blown editorial control in terms of verification of the wording. But often you find that the brand and influencer are subject to influencer agreements that are already set up, and in there it might say that you can say anything prejudicial about the brand – that would be sufficient to constitute editorial control.

What are the new rules for posts that constitute advertising?

The main thing is making sure that you’re not misleading the public. The key is ensuring the world at large knows that this is effectively a view that you’ve been paid to present, and predominantly the way that you do that is to label it – with ‘ad’, ‘advertising’, ‘advertisement’ etc. There are some diluted versions of that wording you can use, but the ASA wants you to be very very clear that this is an advert that you’re dealing with, and not a personally held view.

Does the ASA have teeth? What are the consequences for influencers who fall foul of the regulations?

The ASA doesn’t want to use a sledgehammer to crack a nut here. They will work with even the more flagrant offenders to try and make sure it doesn’t happen again. So there’s a lot of informal action that the ASA will take in the first instance – unless it’s a particularly serious problem. But if having gone through that you get repeat offenders, or the issue is a particularly serious one, they have a variety of actions they can take.

They can issue alerts [where CAP advises its members to withhold access to advertising space], they can withdraw trading privileges and they can impose measures where they have to vet all advertising material. They also, quite interestingly, ask search engines to remove paid-for adverts in relation to the influencer and brand, and that latter one is quite a significant step for them to take.

Also from a practical perspective, these things don’t play well for the brand or the influencer in what is a very public domain. So there’s a reputational issue there just by having the ASA have to deal with things in a more formal context.

Certainly at the moment there appears to be no appetite to be harsh. I think the ASA probably felt that with this medium being somewhat embryonic, what it wanted to do is make sure the guidelines are clear and up-to-date.

But the reality is from a legal perspective, if you breach the code that’s a serious thing. And whilst I think they will work with people in the first instance, if there are repeat offenders, or if there’s a more seismic problem within the sector, then it has powers to do some quite serious things.

Is there any guidance on how responsibility is weighted between the influencer and the brand/agency?

I think the ASA will take a case-by-case approach. The reality is that both sides are benefiting economically from this, and so they won’t look at influencers and think they’ve been mislead by the big bad brand. The law generally will expect a commercial party, which the influencer is acting as in these circumstances, to know what they’re doing and ensure the they don’t breach the law, regulations, codes of practice and so on.

So I don’t think influencers will get off the hook just because they’re individuals.

The ASA rules apply in the UK, but do influencers need to be mindful of international regulations too, given their posts will be seen in multiple markets?

To some extent that would be quite oppressive, the reality is that ordinarily they will be dealt with by the laws and regulations of the country that the influencer and brand operate within. And obviously we have quite a broad European framework of codes and rules which, within the EU, are broadly comparable. The rules within the EU aren’t the same, that would be an oversimplification, but you tend to have to act in a similar way, no matter which legal jurisdiction you’re within.

But for influencers, the US is obviously a big market. And the US authorities will expect you comply with federal and state rules if you’re advertising in their jurisdiction. But again, generally what authorities are looking for in any jurisdiction is transparent, clear advertising material that doesn’t mislead. So whilst the minutiae of the law in these jurisdictions can be quite frightening, I think if you’re transparent about the fact that someone is paying you to produce this content, and the material is accurate, in most jurisdictions you’re going to be OK.

Do influencers and brands need to seek legal advice for every campaign? Or should they just be following guidelines for the most part?

The CAP code is the starting point, and the ASA has produced some quite helpful guidance. We have some clients that will deal with us on a campaign-by-campaign basis. But I think in terms of dealing with influencers or their agents, the main thing is to ensure that they now understand what’s expected of them, and generally speaking what’s expected of them on all campaigns will be broadly similar.

When we’re acting for a brand we’ll deal with the influencer agreement quite heavily so the platform is there. But I think generally speaking educating both the brand and the influencers about what’s expected of them is a good starting point. You don’t necessarily need to incur a load of legal fees for each campaign.