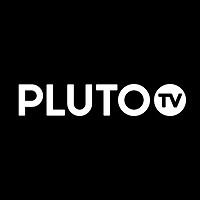 US media company Viacom has announced it has reached a deal to buy free TV streaming platform Pluto TV for $340 million. Viacom says the acquisition provides it with a scaled direct offering, and will serve both as an addition to its advertising business, as well as a way to drive new customers into its subscription products.

While other US media companies are busy building their own streaming offerings, Viacom is instead taking an an already established product. Pluto TV says it currently has 12 million monthly active users, and the company has begun expanding globally, rolling out its product in several European markets late last year.

Pluto TV’s app offers a mix of curated channels which house genre-specific films, TV shows and web videos provided by partners (the company claims to currently have over 120 content partners). It brands itself as a ‘TV-like experience’ – channels are streamed live according to a schedule, though content can also be accessed via a catch-up service. The channels run video ads, and Pluto TV also features branded content as an additional revenue stream.

Viacom plans to add more of its own content to the service, while retaining Pluto TV’s existing distribution partnerships. Viacom Digital Studios’ content was already available on Pluto TV via its AwesomenessTV channel, and Viacom will add more of its archive content while keeping current-window programming within its pay TV offering.

Viacom sees Pluto TV both as a valuable addition to its advertising business, as well as a driver for more subscriptions to its other digital offerings. The company says the acquisition “immediately adds billions of high-quality addressable advertising impressions”, and gives it access to young, hard to reach audiences. But it also sees Pluto TV as “a very important marketing engine to acquire and retain consumers for Viacom’s targeted subscription products, including Noggin and Comedy Central Now”.

Unlike several of its competitors, who are choosing to still license their content to competing video on-demand services while launching their own offerings, Viacom says it has already been curtailing the licensing of its library content to SVOD services. The company says it believes this will help benefit Pluto TV, giving it more content which can’t be accessed digitally elsewhere.

“As the video marketplace continues to segment, we see an opportunity to support the ecosystem in creating products at a broad range of price points, including free,” said Viacom president and CEO Bob Bakish. “To that end, we see significant white space in the ad-supported streaming market and are excited to work with the talented Pluto TV team, and a broad range of Viacom partners, to accelerate its growth in the U.S. and all over the world.”

Meanwhile Pluto TV CEO and co-founder Tom Ryan, who will continue to serve as CEO after the acquisition, believes the acquisition will help his company expand its reach further. “Viacom’s portfolio of global, iconic brands and IP, advanced advertising leadership and international reach will enable Pluto TV to grow even faster and become a major force in streaming TV worldwide,” he said. “Viacom is the perfect partner to help us accomplish our mission of entertaining the planet.”