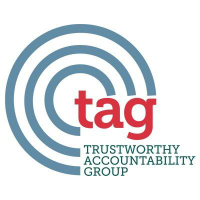 Ad fraud rates on Trustworthy Accountability Group (TAG) certified channels are 94 percent lower than the industry average according the first research into the impact of TAG’s anti-fraud initiative.

The study, commissioned by TAG and conducted independently by The 614 Group, compared invalid traffic rates for display, video and mobile campaigns run through TAG certified channels against the industry average. The 614 Group evaluated around four billion impressions between January and August last year from campaigns executed in Europe by GroupM, Publicis Media and Annalect Consulting.

Interestingly, fraud rates for TAG certified channels were found to be lower on video inventory than on display inventory, with the total IVT rate for video 0.24 percent compared to 0.58 percent for display. This is despite the fact the fact that studies have found fraud rates generally to be higher for video ads, due in large part to the higher CPMs video ads command. This suggests that TAG’s certification may be particularly effective at cutting out video ad fraud.

TAG CEO Mike Zaneis said the results show that real progress in being made in the battle against fraud. “This study demonstrates that the industry has developed an effective and scalable solution, and Europe is leading the way,” he said. “This study proves the effectiveness of TAG’s Certified Against Fraud Program in fighting fraud across European markets, both independently and through collaborative efforts like TAG’s partnership with JICWEBS in the UK.”

Meanwhile Rob Rasko, CEO of the 614 Group, said these initial results should be used as a benchmark, by which to measure further progress in the comping years. “The results of this study will help us better quantify and understand the success of industry anti-fraud efforts,” he said. “I’m elated with the level of participation from the industry and look forward to seeing continuing progress like we have made in working with TAG in continuing to help eliminate the issue of ad fraud across the European markets.”