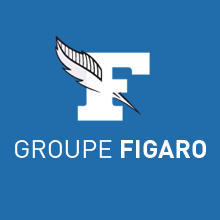 Today VAN is starting a new series looking at the video strategies of some of Europe’s largest publishers. Starting with France’s Figaro Group, we’ll be looking at the opportunities and challenges facing the companies.

Le Figaro Group, one of France’s biggest publishers, has been working to cut out as many ad tech intermediaries as it possibly can. Alexis Marcombe, Managing Director of MEDIA.figaro, told VAN that the company wants to control sales in-house as much as possible. Retaining control and ensuring the inventory is consistently packaged as a premium product, he believes, has been key to driving growth in Figaro Group’s video ad sales, which are set to reach 40 percent of digital revenues next year.

Figaro Group has invested €7 million in its in-house video capabilities and now has seven studios for production. As a result the group is able to produce a substantial amount of video daily. ‘Figaro Live’, an initiative launched two years ago, produces seven hours of TV-like content per day, which is largely talk show style content reporting on news stories as and when they happen. Clips of this content is then made available on demand.

Alongside this Figaro also produces video reports for its news sites which cover more broad news topics, tackling subjects like the Syrian war and ISIS, and it also has a dedicated weather channel. Figaro also owns ‘CCM Benchmark’, a portfolio of print and web titles, via which the company creates niche content. Collectively, this content draws 200 million video streams per month.

Marcombe says that this push into video has largely been driven by changes in how audiences consume news content, especially brief reports and updates. “We’re seeing a shift in the way users consume news – for small stories they use more and more video, because in a minute to a minute-and-a-half you can get a good idea of the story,” he said. “But if they want more in depth analysis they’ll look at long form, written articles.”

As a result video has become a key component of Figaro’s digital revenues. “We are now talking about millions in video ad revenue – it’s now over one third of our digital revenue, and next year it will be nearly 40 percent,” said Marcombe.

As well as keeping video production in house, Figaro Group has chosen to keep sales in house in order to maintain as much control as possible over monetisation.

The company runs in-stream ads across all of its content, and also publishes sponsored and branded video content. It sells these ads both through direct orders and programmatically, via programmatic direct and RTB (through partners including Google and AppNexus).

But while Figaro Group does work with a small number of SSPs, it avoids ad tech vendors as much as possible. “We try to do as much as we can in house, when we think there is value in us doing it,” said Marcombe. “But if a third party is able to provide us with a solution that is efficient and good for us, we will work with them.”

“We have a dedicated sales force to address the video ad market, and it’s quite different from what a vendor will do,” he said. “A vendor will represent a lot of publishers, and even if you’re big they can’t allocate such a large sales force to each publisher.”

As well as enabling the sales team to evangelise about Figaro Group specifically, this decision also allows collaboration between different sales teams across the group. For example, the print sales team can drive advertisers towards digital video as well, and they can then create tailored packages across different types of media.

The risk of ad fraud is also reduced. “Fraud isn’t really a problem for us since we don’t use many vendors, and we declare our SSPs in our ads.txt files,” said Marcombe. “That’s one of the main advantages of doing everything in house.”

But while Figaro prefers to avoid selling its inventory through third party vendors, where it’s sold next to long-tail publications, it is happy to be sold alongside other premium publishers. At the same time as it pulled monetisation in-house, the company launched the Skyline initiative with Le Monde, through which the two sell their more premium inventory (both video and display).

Marcombe says that alliances like this are attractive because they provide scale without compromising on the quality of inventory that Figaro is sold alongside.

Figaro is continuing to invest in developing its video advertising offering with new ad formats and types of media. “We test a lot of things, it’s in our DNA to innovate and test to see what can be done,” said Marcombe.

“In terms of ad formats, last month for instance we launched a new format called highlights, which is an outstream format that allows the user to select which ad they want to see. Then there’s a lot of features that can be hosted within the format, such as store locators,” he said.

Figaro is also experimenting with virtual reality. The publisher creates and hosts a small selection of VR content on it’s YouTube channel, a series called ‘Panorama’ which allows users to explore exotic locations in 360, with these video then embedded in articles on Figaro’s travel hub ‘Voyages’. One of its studios is working on live VR experiences.

“The main challenge at the moment is definitely viewability and completion,” said Marcombe. “We don’t want to force the user to watch adverts on our content, so we always have a skip button in order to respect the user, unlike catch up services which often force audiences to watch several adverts in a row.”

However, Marcombe says that advertisers have a tendency to compare Figaro’s completion rates with those on catch-up sites which force users to watch ads, meaning there is always pressure to find creative ways to boost these figures. This pressure is compounded by the fact that more advertisers are increasingly looking for high viewability and completion rates, and vCPM (viewable cost per mille) has become an increasingly common trading currency.