Why Digital Native D2C Brands are Turning to TV

Why Digital Native D2C Brands are Turning to TV 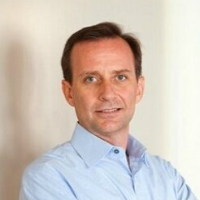 We’ve seen an explosion in the number of upstart direct to consumer brands – companies which build their audiences online and sell to their customers directly – over the past few years. When it comes to marketing, many of these disruptors have tended to use social platforms and podcast sponsorship to build direct relationships, and social video to communicate exactly what their product is and how it works.

While these digital natives eat up market share in established industries, it might initially look like bad news for TV advertising. However, the reality is that as these brands mature, many of them start to behave like “traditional” FMCG marketers and turn to TV advertising to help them scale further.

A report earlier this year from the Video Advertising Bureau (VAB) highlighted this growing investment in TV advertising by what they call “direct disruptors”. VAB analysis of Nielsen Ad Intel data found that TV spend by the fifty D2C brands it analysed grew from $322.8 million in 2015 to $1,313.6 million last year.

So what’s driving these brands to TV?

Advanced TV specialist Simulmedia has worked with several of these brands as they’ve branched out into TV, and CEO Dave Morgan says it’s a matter of scale and brand building.

“Everyone would expect that these digital first direct to consumer brands would build their full businesses on digital, but what happens in many cases is they perfect their product and customer segmentations online, but then they find they can’t really scale any further using digital only,” he said. This hasled them to turn to TV.

Julian Hearn, co-founder of meal replacement powder maker Huel, who raised an additional $26 million last week, agreed that TV’s huge reach made it an attractive medium to his company, which just this week launched its first TV campaign. “I’m not a fan of offline advertising,” he said. “It’s extremely hard to track performance and therefore difficult to optimise. However, TV is interesting, it has massive scale, and it’s an engaging medium.”

“Mattress in a box” company Casper meanwhile ran TV ads from the very beginning, again because it provided reach quickly and efficiently. “We decided to start running TV ads from day one as TV is THE mass media that provides a very large reach in a limited amount of time,” said Quentin Luce, who handles Casper’s European TV advertising. “TV is also, surprisingly enough for most advertiser, a very cheap medium when bought efficiently, which allows us to maximise repetition and therefore increase brand recognition.”

As these digital natives move onto TV, Morgan says they are more focussed on bottom of the funnel metrics than traditional TV advertisers. “None of them say I’ve bought my gross rating point so I’ve got my brand, I’m good,” he said. “They want to know exactly who they’ve reached. In every conversation we’ve had with these companies at Simulmedia, they have involved data scientists or people with deep knowledge of data analytics as part of the conversation.”

Luce agreed that while Casper looks to TV advertising for brand building, they also want to see direct results. “While at first our ultimate aim is of course to drive direct sales in order to cover the cost of a TV campaign, the halo effect of any campaign has a long lasting effect and definitely builds the brand,” he said.

The VAB’s data suggests this approach works very well. Its analysis found that emerging D2C brands (brands founded within the last five years) tended to see their revenues take off after launching a TV campaign or increasing investment. It also claimed that TV is very effective at driving greater audience engagement online – it found that as emerging brands increased online spend by an average of 93 percent, they saw 312 percent growth in search queries, 206 percent growth in social actions, and 177 percent growth in online video views.

“We directly see from day one a TV effect on website visits, and sales coming from those direct visit usually happen quite fast afterwards,” said Luce.

This all sounds like good news for broadcasters, with new money flowing into linear TV. “I think that it is not unrealistic to expect that between five and ten percent of US TV advertising revenue in three or four years, certainly within five, will be coming from these direct to consumer brands,” said Dave Morgan.

He cautioned, however, that this won’t necessarily increase TV ad spend overall. “The big question is, does the Casper mattress dollar take away the Tempur-Pedic incumbent money, is it a net positive for TV? And as things stand, that’s far from certain,” said Morgan.

It should however alleviate broadcasters concerns that the rise of DTC brands will be bad news for TV advertising. So even if TV’s traditional big FMCG spenders see a decline, it appears there will be new advertisers ready to replace them.

But the industry needs to be set up to accommodate these upstart brands. “Very few of them use traditional ad and media agencies, and very few large TV companies have sales teams dedicated to selling to them,” said Morgan.

Huel’s Hearn agreed that setting up his company’s first TV campaign was tricky. Many media agencies will only work with brands ploughing hundreds of millions of dollars into a TV campaign, while D2C companies like Hearn’s often want to use a test-and-learn approach. Hearn said Huel’s two primary goals for their first TV campaign were to learn a bit more about the medium, and to get an understanding of which channels and programmes produced results.

“Creating a TV ad is a lot more expensive and time consuming that creating digital ads,” he said. “However, we found several companies that were very helpful in setting up a campaign for a new entrant into TV. It took about three months from start to finish.”

It might be best for the TV industry to make sure it’s prepared to accommodate these disruptor brands. While to some, D2C brands may still seem small and insignificant, Morgan believes they could completely dislodge established consumer goods companies, claiming at New Video Frontiers earlier this year that P&G will “not be relevant to anyone” in five years time.