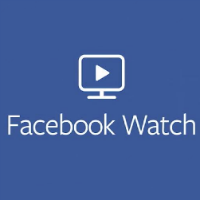 Facebook’s video-devoted tab ‘Watch’ may be a big part of CEO Mark Zuckerberg’s vision for the future of his social media platform, but it’s off to a stuttering start as 50 percent of Facebook users haven’t even heard of it according to research from The Diffusion Group (TDG).

Watch launched over a year ago in the US, and while Facebook has kept quiet about uptake of its video service, TDG’s data suggests Watch has been met with a lukewarm reception. In a survey of 1,632 adult Facebook users, 50 percent had never heard of the Watch tab, and 24 percent had heard of it but never actually used it.

Only 6 percent of those surveyed said they watch content on Facebook Watch daily, with a further eight percent reporting that they use Watch weekly. However while these low levels of engagement and awareness around Watch demonstrate the work that’s still left to do for Facebook to make Watch a success, TDG President Michael Greeson said the company’s executives shouldn’t necessarily be worried.

“Despite the slow build of Watch users, it would be remiss to underestimate Facebook’s long-term potential as a large-scale video provider,” said Greeson. “As we first noted in 2016, prominent social platforms like Facebook are looking for ways to exploit their massive scale to sell new video services to their users, much as Amazon has done with Prime. Watch is a small first step in that direction, as is the $1 billion Facebook set aside in 2018 to fund original programming to populate the service.”

Watch is still in it’s infancy, as it remains unavailable currently in markets outside the US, and is yet to invest heavily in any notable big name titles. Zuckerberg said in an earnings call last November that while he believed in the long run the majority of content on the Watch tab would be uploaded by users and businesses who would receive a cut of the ad-revenue, whether this actually turned out to be the case or not was liable to change. While Watch is still figuring out its identity, it’s perhaps unsurprising it hasn’t set the world alight.

Greeson pointed out that one of the advantages companies like Facebook have over legacy media companies is that they can afford to run new services like Watch at a loss while they wait for engagement to grow. “Facebook, Google, Apple, and Amazon have such deep pockets and vast business empires that they can spin up a service in short order and lose money on it for years if it serves a higher purpose, like keeping Facebook users in the branded ecosystem for longer,” he said. “For large tech companies, media services are commonly a means to a larger end, not ends in themselves.”

The wait may be set to stretch on though as progress seems to be slower than expected. Digiday reported earlier this year that Watch was set to roll out in the UK this summer, but there’s no signs of this happening yet. It may well be that the series of scandals that have beset Facebook this year have diverted resources away from Watch, and this is unlikely to slow down any time soon. Just yesterday, Facebook has removed over 5,000 ad targeting options after it emerged brands were able to exclude certain racial groups from ad campaigns using Facebook’s targeting tools, and it has purged hundreds of fake accounts which were found to be spreading misinformation originating from Iran and Russia.