Playable Ads are the Key to Maintaining Momentum in Mobile

Playable Ads are the Key to Maintaining Momentum in Mobile 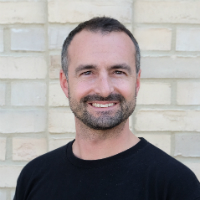 Facebook’s launch of playable ads last week signalled faith in the format from a key player in ad land, but many elsewhere still hold reservations over them. Here Michael Duning, vice president of strategic growth at Glispa, explains how playable ads have uses beyond gaming, and why non-gaming brands should be investing more in the format.

Mobile advertising continues to boom, accounting for 45 percent of UK digital ad spend. But in an increasingly crowded space, achieving cut through is no mean feat, and brands must embrace new and innovative formats to capture consumer attention.

Playable ads provide the answer, allowing users to interact with ad content via a rewarding and entertaining mini game. At a time when users are pushing back against intrusive and annoying ad formats, delivering meaningful interactive experiences is a positive step for the ad industry. Yet despite the effectiveness of playable ads – 7 out of 10 advertisers find playable ads effective – uptake of the format has been relatively slow, with just 4 percent of app install marketing budgets going to playable. This is despite nearly half (45 percent) of marketers in the sector saying it’s the format they’re most excited about.

The gaming association
Playable ads found their forte in the gaming industry. It makes sense that to promote mobile games or apps, advertisers entice users with a demo version to encourage downloads of the real thing. This ‘try before you buy’ approach increases lifetime value of users as they take a conscious decision to keep playing a game they enjoy – a major benefit for app developers.

Brands outside the mobile gaming market often assume playable ads aren’t relevant to their product or service though. Why create a mini game, when you don’t have a game to sell? But this is a short-sighted view that implies a lack of creativity on the part of the marketing team. You don’t need to be a games manufacturer to drive ROI through playable ads. Just take Burger King as an example – its Angriest Whopper, Bummer BBQ, and Halloween themed games achieved an average click-through-rate (CTR) of 35-40 percent. Given the average video ad has a CTR of 0.29 percent, using the playables format gave Burger King a major advantage. Abercrombie & Fitch’s Hollister is another brand to effectively embrace playable, with surfing and skateboarding themed games holding user attention for almost a minute at a time.

Any brand can create a relevant and engaging game ad providing it thinks creatively. For instance a travel company could base mini adventures in its top holiday locations, while a fashion brand could invent a game that involves putting together the perfect outfit for different occasions such as the beach or a wedding. Non-gaming brands need to take ownership of the playable format and use its engaging, interactive features to drive their own unique goals.

The complexity of playables
Another explanation for the slow uptake of playable ads is that they present a tough tech challenge. Advertisers are often excited by the concept of playables but the prospect of creating a game that is professional in style and function, and at the same time simple and engaging, without being slow to load, can seem too monumental a task. As playables are a relatively new format there is no one-size-fits-all approach, or a proven template advertisers can use. The process for designing and building an ad that drives specific brand outcomes can therefore be too long and involved.

As playable ads become more established and understanding increases, the complexity of the process will decrease, with production following a defined playbook. In the meantime there are already providers who can simplify the process, creating sophisticated game-based ads that align with brands’ unique characteristics and can be continually optimised to maximise effectiveness. By offering a full creative stack that allows the game to be built and edited within the same platform that serves and tracks the ad, rather than in silo, these providers deliver transparency into creative costs and allow advertisers to rise to the tech challenge of playables.

The reluctant investors
The complexity and individuality of playable ads inevitably makes them more expensive to produce than some other forms of mobile advertising. And because in most verticals playables are yet to be extensively tried and tested, brands don’t have proof they will impact the bottom-line. Given the pressure most advertisers are under to justify spend it’s understandable many are reluctant to invest at this stage.

Yet in the gaming sector the effectiveness of the format is already established – for a number of game developer clients that use match 3 or slot games, we’re seeing a 75-130 percent increase in average revenue per install, compared to non-playable ads. As branded games are increasingly used outside of the gaming sector, and case studies are published, brands will be willing to invest in a format they know is boosting their bottom line.

The future is playable
Despite a slow start, playable ads are the most effective way to advertise on mobile and adoption will inevitably increase. The GDPR is giving a real boost to playables as the format has an opt-in element, which encourages users to consent to data collection to enable them to interact with the ad, without forcing them to do so. Plus the interactive experience of playable ads offers a more appealing way of encouraging opt-in than other ad formats.

Advertisers are also beginning to appreciate the level of insight playable mobile ads can deliver, with heat-map tracking revealing where interaction is taking place. Through advanced attribution advertisers can benefit from new metrics such as user interactions, engagement rates and active play time, which can all be used for deeper campaign optimisation. In addition, advertisers value the transparency of playable ads, which gives them full control over where their ads will run and limits their exposure to ad fraud.

As a fun and amusing format that doesn’t annoy or frustrate the user, playable ads are a great answer to maintaining momentum in mobile advertising. Adoption may be off to a slow start but as understanding of the format increases, the production process is simplified, and evidence of effectiveness emerges, advertisers across multiple sectors will use playables to capture audience attention in an increasingly crowded mobile market.