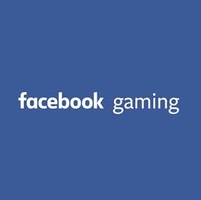 Facebook is launching playable ads which allow users to play a game in HTML5 before buying. Playable ads have been around for some time now and were first created by mNectar over four years ago and they have been scaled further still by companies like AdColony. Facebook also plan to launch new formats aimed at retention optimisation and “minimum return on ad spend” (ROAS) bidding—designed to help gaming marketers connect with “their most valuable players”.

You can see the playable format, designed to hook gamers via providing a demo in the news feed, below:

One of the problems that plagues gaming marketers is retaining users who download their app as many disappear not long after installing an app, which particularly impacts gaming developers with ad-based revenue models. Facebook have been testing “retention optimisation” with a small number of app advertisers to help them so they can to deliver ads to the people most likely to play their game.

Facebook have also created a product aimed at advertisers who are focused more on players who are likely to make in-app purchases. In a blog post the company cited a recent research study from AppsFlyer and Facebook found that paying gamers in the US spend on average $20 in-app by day seven after install and much as $49.33 by day 90.