Who Invented What in Ad Tech? – Part One

Who Invented What in Ad Tech? – Part One 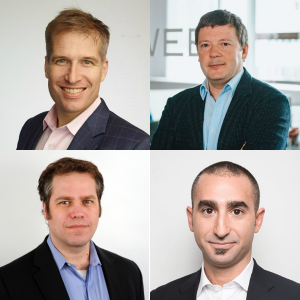 In an industry as future-focused as ad tech, it’s easy for us to forget that at some point someone somewhere had to invent the various pieces of ad technology that make up the ecosystem. Our sense of the past is obscured further still by the fact that it usually doesn’t take long for competitors to copy one another’s ideas, sometimes by building identical technology and occasionally by simply announcing they have the same tech whilst trying to build it in a panic in the background.

VAN spoke to those who were around in the early days of ad tech in an attempt to establish who invented what. Whilst we have tried to verify the accounts for the most part they’re anecdotal, so please get in touch if you believe we got anything wrong.

Ad serving first emerged as a concept back in the 1990s, as digital advertising grew in scale and publishers sought the ability to rotate ads displayed on their domains. Video ad serving meanwhile had to wait until the early 2000s, as broadband adoption made video advertising possible.

Beeswax’s Ari Paparo, who worked for DoubleClick at the time, says DoubleClick DFP began serving hand-stitched XML files into Real Players back in 2004, for sites like CBS, Real.com and MLB.com. It was a company called LightningCast, however, which first performed real-time video ad insertion.

Tom MacIsaac, who was CEO of LightningCast during the period, credits founder and CTO Tom Des Jardins with the tech. MacIsaac said the company initially worked on audio ad serving, but transitioned to video under his leadership as he spotted potential in the format. The company spotted the need for a video-specific ad server, to provide capabilities such as metering ads based on how much content the user has watched, and developed a platform to provide this.

LightningCast was too ahead of its time though, says MacIsaac, as it emerged before broadband penetration reached critical mass, and while it had a successful exit in 2006 when it was bought by AOL, AOL’s  interest was mostly in its video ad network rather than its video ad serving capabilities.

As digital video advertising continued to grow, it became clear that there needed to be a standard way for video player units to communicate with ad servers.

This led to the creation of the Video Ad Serving Template, or VAST. The idea was conceived by Ari Paparo, still with DoubleClick at the time.

“I was the product lead for the buy side at DoubleClick and our customers were frustrated at the state of serving and tracking in video, since it was all site served,” said Paparo. “I knew my counterpart at Atlas, Geoff Coco, and I floated an idea by him – if he and I agreed to a standard XML format wouldn’t there be a big incentive for publishers to adopt it?”

Paparo ended up working on the standard at the IAB, writing both VAST 1.0 and VAST 2.0, the second being the version which saw the most widespread adoption. The IAB has continued to update the standard, with VAST 4.0 released in 2016, still building on Paparo’s work (and that of his wife, who came up with the acronym).

Right Media, like DoubleClick was home to many who have since gone on to start successful businesses elsewhere in ad tech, but it was also itself a home of innovation. It was at Right Media that Brian O’Kelley, now CEO at AppNexus, created the first ad exchange, bringing with it the advent of real time bidding.

O’Kelley says the idea for an ad exchange came about as he recognised the inefficiency associated with digital advertising at the time, with large scale deals between publishers and buyers resulting in many impressions being thrown away. O’Kelley instead sought to create tech which would match publishers with the best buyers on an impression-by-impression basis.

O’Kelley was not alone in working on the exchange however. Notably Dr. Boris Mouzykantskii, founder, CEO and chief scientist of IPONWEB, led a Moscow based team which review, and over time added to, O’Kelley’s code.

“He’d send it to us to check the code with these short emails — three lines. And we would debate what it was he wanted it to do,” Mouzykantskii recounted to Garnter. “We’d respond with another email and this long list of questions, which wasn’t what he was expecting. So he was always more or less upset with us. But he kept giving us work, so I guess he must have liked what we were doing.”

Right media built algorithms for prediction, budgeting and pacing to enable real time bidding, and was bought out by Yahoo in 2007. After the buyout, O’Kelley started AppNexus with fellow Right Media developer Michiel Nolet, and IPONWEB contracted with Yahoo to continue developing its RTB systems.

Update: Jason Knapp, now vice president at Viasat, claims he has a reasonable claim as the inventor of RTB. Knapp says he, alongside partner Fabrizio Blanco, came up with the concept for RTB while working at a company called Strategic Data Corp.

“At SDC we worked for several of the big ad networks and I saw how it was silly how they traded ads in blocks so blindly,” said Knapp. “I initially wanted to create a protocol for the different companies running our software to trade more efficiently, but then we got bought by Myspace and it morphed into how to sell Myspace inventory to the different ad networks efficiently.”

Knapp believes he and Blanco may have the better claim to the invention, having filed a patent in 2006. However, he says it’s partly a matter of definitions, saying his definition of RTB refers specifically to “the practice of getting one entity’s system to bid on an impression by impression basis to a completely different system owned by a different entity.”

He says given that he can’t be entirely sure what Right Media was working on at the time, it’s hard to define who was responsible for what. “Maybe we both invented it. Maybe we did together. It was the right time for it, which is how so many of these things happen,” he said.

With the rise of programmatic trading came the emergence of supply-side platforms (SSP), tools for publishers to plug into automated digital advertising trading. While the exact definition of an SSP is contestable, Ben Barokas’ AdMeld stakes a claim to being the first.

“I realised there was a particular opportunity to make the buying and selling of advertising much more efficient,” said Barokas. Barokas met his AdMeld co-founder Brian Adams, who he describes as “both an incredible engineer, and leader of men and women”, while working at AOL, and the two together fleshed out their product.

Barokas saw the opportunity while working at AOL and JumpTV, which both used large numbers of networks to monetise inventory. “We had a number of operations specialists who were focussed on pulling reports and changing the priority on line items in order to generate the highest yield on a day-by-day basis,” he said.

Companies like Right Media had already made exchanges, but Barokas said he believed in a more open version of this model. He had throughout his career made connections with ad ops teams at publishers around the world, and was able to scout out interest in his idea – the majority said that if Barokas built the product, they would pay for it.

Barokas and Adams subsequently left JumpTV to start AdMeld, and began working on network optimisation, running algorithms to inventory on an impression-by-impression basis. The business quickly picked up big clients like Fox News and Huffington Post, helping the company to scale. “Over four years, we scaled from two guys, a deck and a dream, to 130 staff and seven offices worldwide”, said Barokas.

In 2011 AdMeld was acquired by Google, which integrated it into their DoubleClick AdX exchange.

Update: AppNexus’ Brian O’Kelley has since staked his own claim to having invented the SSP. “I definitely invented the SSP in 2004 – it actually came before the exchange,” O’Kelley said on Twitter. “We released a second attempt at the SSP called RMX Direct, which Pat McCarthy led, and for some reason Yahoo shut it Fuentes post-acquisition.”

I definitely can confirm we built the first SSP at Right Media. Here’s the TechCrunch article about that second version of it in 2006 before any of the other SSPs were founded. https://t.co/8Xmsnjr0WX