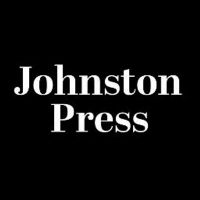 British publisher Johnston Press complained of the impact of the EU’s General Data Protection Regulation (GDPR) today as it reported that revenues for the first five months of the year were down nine percent year-on-year.

Shares in the company fell by 13 percent in the wake of the announcement, while stocks for Johnston Press’s rivals also fell as the news stoked fears that GDPR is squeezing income for publishers which already were under substantial pressure to remain profitable. Trinity Mirror and Daily Mail and General Trust share prices also fell as the London Stock Exchange opened, though both have since recovered.

While GDPR has only been in effect for under two weeks, Johnston Press said it had felt the new law’s effects throughout the first half of the year. “The trading environment remains extremely challenging, exacerbated in recent months by uncertainty around future paper costs and the impact of GDPR on digital advertising revenues,” the company said in a statement.

The company, which publishes a range of regional and national titles and claims to have a reach of over 32 million readers each month, said it expects to see continued pressure on revenues in the second half of the year, meaning there will be a requirement for cost savings.

Johnston Press is meanwhile in talks with its bondholders as it looks to refinance £220 million worth of bonds due for repayment next year. The group says it still discussing options with stakeholders, but cautioned that there is no certainty that a formal proposal will be forthcoming.

Publishers, like many others within the digital advertising ecosystem, have been faced with a number of costs associated with GDPR. The new regulations have places legal costs on companies across a whole range of industries as they’ve had to figure out how the law applies to them, and has required many to rethink their data handling practices in areas like HR.

But for the digital ad ecosystem specifically, the new laws have limited the ability for publisher and ad tech vendors to to use audience data to drive up the value of impressions and increase CPMs. As the Wall Street Journal reported last week, many publishers saw an initial dip in revenue as GDPR came into effect, and while many have since recovered from this dip, not all have.

As VAN described yesterday, while many are choosing to switch to contextual targeting for impressions where user consent isn’t granted, even workaround like these are imperfect as GDPR appears in some places to be incompatible with the current programmatic infrastructure. All this has a negative knock-on effect for publishers whose inventory becomes less valuable to advertisers as the ability to target ads is hindered.

These new pressures placed on the UK news industry might catch the attention of the British government, which is currently undergoing a review of press sustainability, considering what actions the government might take to preserve the future of high quality national and local newspapers. The review was launched several months before GDPR came into force, and it will be interesting to see whether the fresh problems cause by GDPR have any impact on the government’s review.