Publishers Banked on Facebook for Too Long, and Now They Can’t

Publishers Banked on Facebook for Too Long, and Now They Can’t 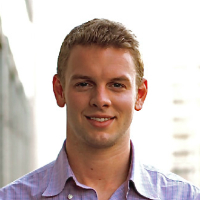 Facebook’s deprioritisation of publishers on the News Feed earlier this year caused something of a crisis for those who had become reliant on the social network for distribution, but some saw it as a wake up call for publishers to regain ownership of their audiences. Here Richie Hyden, co-founder and chief operating officer at video personalisation and programming platform IRIS.TV, argues that many publishers had begun distributing video on Facebook in a way which bought them no value, and outlines the steps he thinks publishers should take to use video content to help build loyal audiences.

Algorithm Armageddon has already begun for many publishers that relied heavily on Facebook’s news feed for its traffic and revenue.

Funny or Die has been experiencing layoffs for months, Refinery29 redesigned its site to get more direct visitors and boost e-commerce, having seen its traffic drop from Facebook’s algorithm change, Mic, Vice, Buzzfeed and Vox have all recently had to suffer through a changing environment, too. These publishers created video specifically for social media viewing and sharing, growing audiences on an external platform, all the while banking on the status quo remaining in place while revenues rose on the back of the mighty News Feed.

It wasn’t the case, clearly, as Facebook began deprioritizing publishers and live video content in late 2017. The fabled “pivot to video” was in large part based on the old dynamic, because a lot of that inventory was housed externally on Facebook and YouTube. Since the revenues kept streaming in, and the audience numbers appeared to keep climbing, the relationship was fine, despite the publishers having no access to essential customer data.

But this is the other shoe dropping for the industry. Facebook’s reach is on the decline, and the cost of audience acquisition has already risen considerably in 2018. Organic reach is nearly non-existent for both the written word and video content. In the case of one publisher, Little Things, the enacted News Feed changes forced them to completely shutter the doors.

There could be more just like them, too. It’s not to belabour these publishers for relying so heavily on Facebook — though, admittedly, the site’s changed its algorithm enough times for businesses to know that the News Feed wasn’t going to last forever as a revenue cash-cow. Rather, it’s to point out that the fool’s gold of this old model allowed content providers to completely forget about their purpose to begin with: Growing a loyal reader and viewership base that makes for attractive advertising properties (or in some cases, user subscription payments).

Owned and operated video was around before the News Feed became a kingmaker, and it still exists after. Plenty of publishers embraced that stream while the News Feed craze was going, using the large audience inherent to social media communities to initially tease out owned content elsewhere. You see an initial view of the video on a third-party platform, and then could follow the URL to the owned site. This is lead generation whereas posting video natively on third-parties is free distribution. Once you watch the full video on Facebook or YouTube, what’s the draw for you to click through to the actual publisher website for more? That video you were interested in is over. There is no next step. The interaction ends with no opportunity for follow-up on either side. It’s almost entirely useless.

Fully owning and operating video distribution on your own domain is how publishers get back to controlling their revenue streams. Take a page from Meredith, a media powerhouse that is putting its focus on data. During a recent NewsFronts presentation, Meredith executives shared that it generates around 9 billion video views annually and that it’s owned and operated digital network reaches more than 140 million UVs monthly and is unrivaled in food, home, entertainment, and lifestyle. The media company has put forth great effort with its 42 trusted and iconic brands, reaching broad audiences through immersive cross-channel experiences that drive return visitors and engagement on owned and operated sites.

With social media algorithms constantly changing, it’s time for news publishers to regain control of their audiences. Using AI and machine learning, publishers are taking control of their video distribution on owned properties and delivering contextually relevant and personalised content down to the viewer level and without violating consumer privacy. By analysing video content throughout the media workflow or video library – programming executives are able to unearth opportunities to improve monetisation, viewer engagement, content performance and ad revenues. Taking note of how news and evergreen content is received by audiences makes it possible to personalise hundreds of videos and billions of playlist combinations.

Visitors to a premium news/sports/entertainment site or app interact with video, and see the next step for more content. There’s opportunities for publishers to serve up more relevant videos the more they watch. That dynamic makes the property far more valuable for advertisers, who are happy to pay for a more targeted and captive and engaged audience.

Premium environments are also more trusted by consumers than third-party platforms, further enhancing the owned-and-operated revenue potential for publishers. Advertising to a trusting audience means more messaging resonance, higher engagement and the ability for more sales leads. Even before the News Feed re-work, these were not the sort of benefits publishers received from Facebook and other social media content hosting.

Inevitably, more publishers are likely to struggle and potentially fold before this new way of thinking takes hold. For those that avoided selling their audience and content strategy to Facebook, the road ahead is a workable one, with some tweaks to strategy, of course. But for the companies that expected the Newsfeed to be the end-all be-all for content revenue, it’s a startling view from here.