American Media, Inc. has begun blocking access from the EU to most of its digital publications, a move which might raise eyebrows coming just weeks before the EU’s upcoming General Data Protection Regulation (GDPR) comes into force. The US-based publisher, which claims to have a reach of approximately 61 million monthly unique visitors across its digital properties, has shut down access to sites including Muscle & Fitness, National Enquirer, Globe and Flex.

A source close to the matter reported to VAN that the publisher began cutting off European traffic from its properties last month, and that GDPR was the motivator. Not all of American Media’s properties have been cut off, though this may be to do with distributed publishing rights; Men’s Fitness for example is still accessible from the UK, but Dennis Publishing holds publishing rights for the UK and Ireland for that particular magazine. 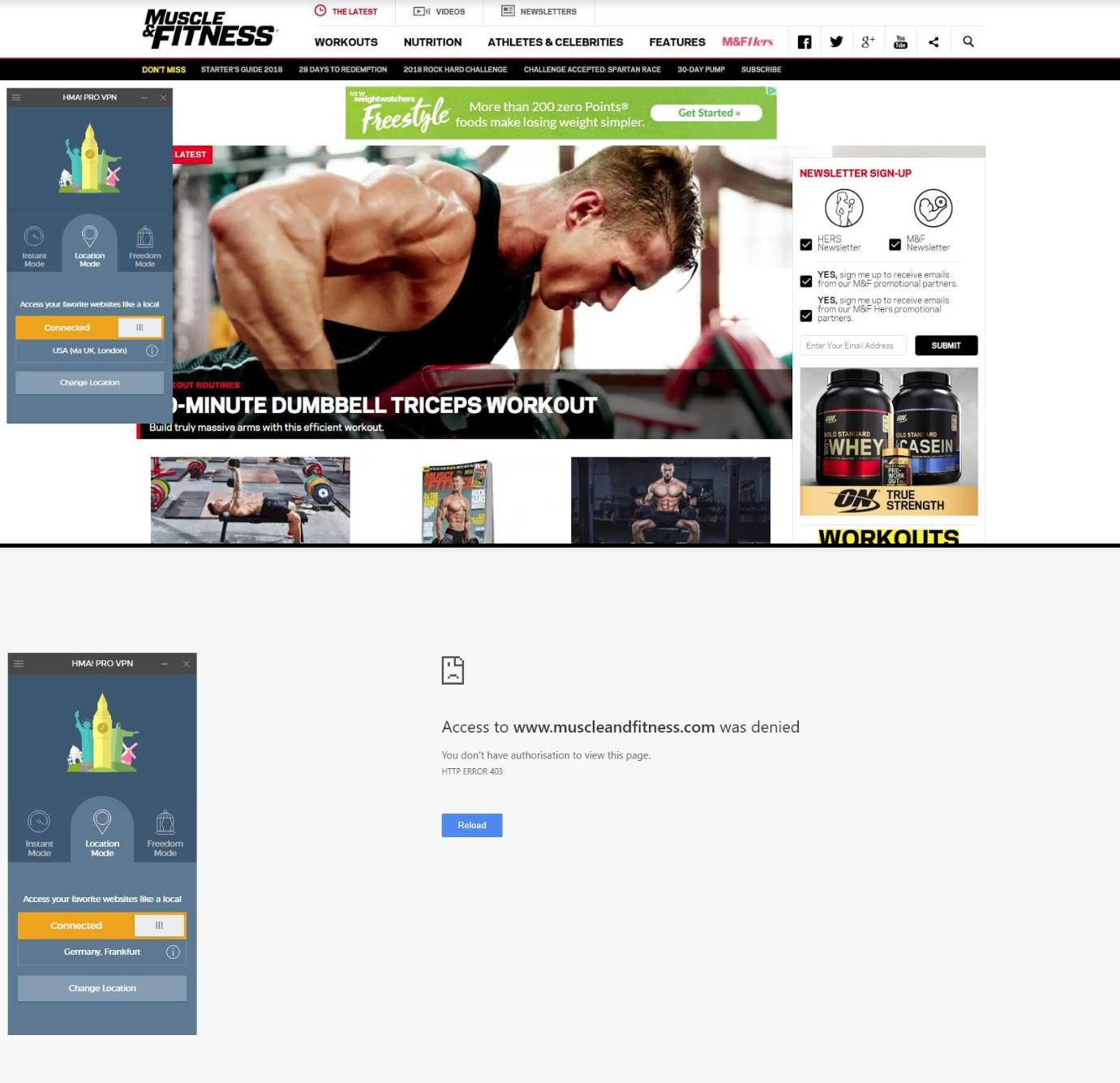 It is not clear whether this restriction of access will be permanent, and at the time of writing, American Media had not responded to VAN’s request for comment.

We have already seen a few examples of ad tech players pulling out of Europe entirely, with Drawbridge and Verve both having announced they’re suspending their European operations, but this could to be the first large publisher to pull out of EU member states, if it is indeed GDPR motivated.

American Media’s decision highlights a possible unintended consequence by the EU of its GDPR data laws. While consumers may not be too concerned if a few ad tech companies cannot reach them any more, they’re more likely to be upset by not being able to access digital publications they’re interested in. Restricting consumer choice in media is unlikely to be seen as a good thing by EU politicians, especially at a time when concerns are growing around premium publications’ ability to support themselves in the face of competition from Facebook and Google.

It is unclear how many other publishers might follow in American Media’s footsteps, though one other publisher VAN spoke to said pulling out is a possibility. Publishers, like most players in the digital advertising ecosystem, have had a substantial job on their hands trying to reach GDPR compliance, a job which has become even more difficult as the likes of Google have put pressure on publishers to gain user consent on their behalf.

Several large publishers VAN spoke to confirmed their publications will still be available. A New York Times spokesperson said that nytimes.com will remain available to EU citizens after GDPR, and that the company is currently working to implement processes internally in accordance with GDPR.

Bonnier Corp, which publishes a number of hobby-based magazines, said it will continue to allow EU visitor access so long as they agree to its privacy policy and disclosures about how it uses data, and any EU citizens who reject this will have access blocked. The company said this model is a work in progress, and it has different models currently up in testing environments.

But it may be the smaller publishers who are the most likely to pull out. “There is a lot of collateral damage, and I’m sympathetic with smaller web publishers who are working hard to make content available,” Douglas McPherson, chief administrative officer and general counsel at OpenX, told VAN. “They rely on advertising to support their efforts, and GDPR puts a lot of responsibilities on them that they may not have the resources to meet.”

McPherson said that he’s heard from a number of US-based digital publishers who have said that while they’d love to still be able to provide access to content for EU users, GDPR is forcing them to turn that access off.

Publishers pulling out of Europe might be just one of a number of unintended consequences of GDPR.

Some, for example, fear that the EU is inadvertently handing more power to Google and Facebook. Google last month suspended third party ad serving on YouTube which it claimed was in preparation for GDPR, though some in the industry have pointed out that this gives Google more control over the supply chain.

The ePrivacy laws, intended to go live alongside GDPR, have also drawn controversy. Teads’ executive chairman Pierre Chappaz has previously told VAN that he believes ePrivacy will make the likes of Google, Facebook and Microsoft “the gatekeepers of personal data collection,” while completely restricting the ability of most publishers to target ads at their users.