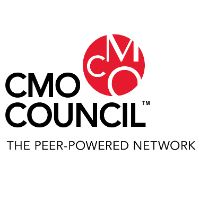 Only three percent of marketers believe the Media Ratings Council’s (MRC) viewability standards are reasonable, according to a new study, Engage at Every Stage, released by the CMO Council and ViralGains.

The study found that by and large marketers feel that the MRC’s standard, which currently requires 50 percent of a video ad’s pixels to be on screen played with sound for two consecutive seconds, is not in the best interest of engagement and ROI.

These findings come shortly after the MRC itself announced it is reviewing its own standards, issuing a call for research on the impact new standards may have. The council is looking specifically into the idea of “duration weighting”, asking whether different segments of a video ad contribute differently to its effectiveness, and other questions around which time-related elements contribute to an “effective exposure” of a video ad.

It is also mulling over a switch to requiring 100 percent of pixels to be on screen, and has similarly called for research on the idea.

While these changes may be seen by preferred by marketers, they could cause problems for video publishers, which in turn might upset their relationships with advertisers. Nola Solomon, VP of global programmatic partnerships at Dailymotion, said while DailyMotion supports efforts to improve viewability metrics, these specific changes could cause problems.

“The focus of the MRC’s proposal presents a solution for advertisers, but does so by placing stress on the symbiotic relationship that must exist between publishers, advertisers, and consumers. The new guidelines would create a existential quandary for publishers, requiring them to potentially forgo product design and user experience in favor of pure monetisation, else risk losing the precious revenue that keeps the free digital content market alive,” said Solomon.

“With 100 percent viewability standards, publishers would be forced to optimise inventory in ways that would detract from their ability to offer the best content experience to consumers–the very audience advertisers are trying to reach,” she continued.

The CMO Council’s study also unveiled wider discomfort from marketers around metrics related to video advertising, despite the fact that 96 percent of those surveyed said they plan to increase their video budgets in 2018 and beyond.

Specifically, CMOs said they are increasingly being held accountable for bottom line metrics such as sales, but the vast majority are still measuring video ad success with traditional, awareness-based metrics like clicks and impressions.

“The research is clear – there’s a massive gap between how video advertising success is measured and the metrics that truly move the needle for brands,” said Tod Loofbourrow, CEO, ViralGains. “Today’s CMOs need to deliver insight and attributable impact as well as scale. They are rising up to find solutions that leave behind impression-based buying and help them drive and understand meaningful business outcomes.”