McDonald’s the Latest Brand to Fall Victim to Ad Fraud

McDonald’s the Latest Brand to Fall Victim to Ad Fraud 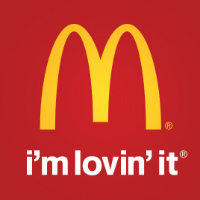 A source from a media sales house claims to have unearthed an ad fraud operation where fake McDonald’s display ads appear to have been used to enable fraudulent in-banner video (IBV) ads.

The source posted on Reddit earlier this week that their company has seen “masses of fake 300×250 ads for McDonald’s” run on their publishers’ inventory, saying they’ve seen the same done with Amazon and Sony ads in the past.

The purpose of the fake ads is to create in-banner video (IBV) ads, where banner ad inventory intended for display advertising is sold as video inventory in order to command higher prices. The display inventory was allegedly bought up for a cheap price, and the fake McDonalds display ads were then served, meaning that everything would have appeared to be legitimate when audited by the demand side platform (DSP) and sell side platform (SSP).

However once the McDonald’s ad was served, multiple requests were then put out to video SSPs behind the scenes. If a video DSP buys an ad (for a much higher CPM than they’d pay for display advertising), this ad was then served over the top of the McDonald’s ad.

In essence, this allows display inventory to be bought for say $0.10 CPM, and then resold to a video SSP for $5.00 CPM.

According to the source, the buyer and instigator on the fraudulent campaign was a company called Streamlyn, who describe themselves as a “publisher programmatic media agency” with offices in Singapore and in Bangalore, India. Streamlyn reportedly bought inventory through MediaMath, a DSP, with the ads themselves served by Zedo.

Once the fake McDonald’s ad was shown, the referer would then reportedly be returned to video ad server Cedato, which would connect with PubMatic, an SSP, and put out requests for video inventory. If a video DSP paid for an ad, this would then be displayed through Cedato’s video player.

The source says that around five million of these ads had been shown on their properties, and though the creative had US pricing, huge volumes had been served in the UK. The source claimed (sic) the following companies are involved, although it is important to stress that simply being a link in the chain does in no way imply they were complicit in the fraud:

VAN reached out to the companies named, and while Streamlyn and Zedo did not respond, Cedato’s CMO Dvir Doron said that his company is looking into the allegations. “Once we learned of a customer that is using the platform in violation of our policy, we had immediately paused the player,” he said. “We approached the customer for clarifications and assurance of compliance with our terms and conditions and are conducting a thorough examination of the entire customer activity.”

PubMatic also said it is looking into the situation. “At PubMatic, we have been an outspoken proponent of transparency and quality across the digital ecosystem and as such, we take fraud very seriously,” said CMO Jeff Hirsch. “When any fraud is detected across our platform, we shut it down immediately and block the culprits. In this case, we have taken action and blocked the creative as well as the buyer. As always, with our fraud free program, the buyer is protected when any fraud is detected. We will continue to monitor the situation and take any necessary action to prevent and mitigate fraud from existing across our platform in the future.”

Meanwhile a Pixalate spokesperson said their company had not played a role in verifying the ads as claimed. “It is a false claim that Pixalate has validated or has verified these ads or their content. Pixalate provides services to businesses transacting in digital advertising to ensure that ads were served to and viewed by real users via valid traffic detection and filtration services. Pixalate has no relationship with the alleged perpetrator of these ads flagged by the Redditors,” said the spokesperson.

The source meanwhile expressed frustrations that some of the companies involved, while not directly responsible for the fake ads, seemed to “turn a blind eye” to these sorts of practices, calling this case “a masterclass in what is broken with this industry.

Meanwhile others in the Reddit thread where the allegations were made complained that ad fraud like this is not uncommon, calling it “a constant war”.

At the time of publishing, VAN is still waiting for official comment from MediaMath and McDonald’s; we will update this article if and when we hear a response.