Unilever Pledges to Cut Investment in Platforms Which “Breed Division”

Unilever Pledges to Cut Investment in Platforms Which “Breed Division” 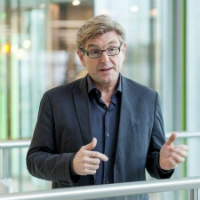 Unilever’s CMO Keith Weed has announced that his company will cut investment in platforms which “create division in society”, a move that seems targeted at social media companies which he says have lost society’s trust. He also said that Unilever will only partner with organisations committed to creating a better digital infrastructure going forward, as part of an effort to tackle issues like measurement which have plagued digital advertising.

Weed will expand on these announcements in a speech later today at the IAB Annual Leadership Meeting in Palm Desert, California. The speech is set to be something of a call to action for the industry, with echoes of P&G chief brand officer Marc Pritchard’s speech at the same conference last year. Pritchard’s speech was generally acknowledged to have sent shockwaves through the industry, and it will be interesting to see if Weed’s speech has the same impact.

Weed’s speech will make three specific commitments, in what he calls an effort to “build trust back into our systems and society”.

The first is a pledge to not invest in platforms which do not protect children or which create division in society. In pre-released extracts from Weed’s speech, he describes 2018 as “the year of the techlash”, saying that society is losing trust in the world’s tech giants.

In part, he says this is thanks to some of the problems that have occured on their platforms, which Weed lists off: “Fake news, racism, sexism, terrorists spreading messages of hate, toxic content directed at children – parts of the internet we have ended up with is a million miles from where we thought it would take us.”

While he doesn’t explicitly said he’ll cut investment in any social media platforms, his speech makes it clear they’re his target. He says he’s already spoken to Facebook, Google, Twitter, Snap and Amazon, telling them that Unilever doesn’t want to advertise on platforms which “do not make a positive contribution to society.”

Unilever will also try to make a more positive contribution to society itself through its second commitment: to tackle gender stereotypes through its ad campaigns and through it’s #Unstereotype Alliance.

Weed acknowledges that the issues which the first two commitments seek to tackle are the sorts of issues which most directly concern consumers. “Consumers don’t care about third party verification. They do care about fraudulent practice, fake news, and Russians influencing the US election,” he said. “They don’t care about good value for advertisers. But they do care when they see their brands being placed next to ads funding terror, or exploiting children.”

However, these issues haven’t fallen off Unilever’s radar, and its third commitment is to only partner with businesses which themselves are committed to tackling these sorts of industry-wide problems.

While he doesnt’t give many specifics around what exactly Unilever will expect from its partners, Weed does suggest that an alignment around one measurement system is the type of initiative which Unilever might require its partners to comply with.

Weed frames Unilever’s announcements as not an ultimatum, but a call to action which Unilever itself will adhere to, though any talk of cutting investment might well be construed by the industry as something of a threat.