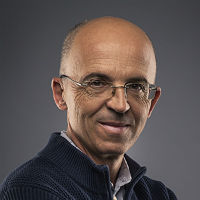 With the EU’s General Data Protection Regulation (GDPR) implementation date looming, the industry is hurriedly trying to get data management processes in order in time for May of this year. But whilst GDPR has sent much of adland into a panic, an even bigger threat might be the proposed ePrivacy regulation according to Teads’ co-founder and executive chairman Pierre Chappaz, who spoke with VAN about his fears for the industry if the regulation passes unamended.

ePrivacy will change the way EU citizens consent to cookies. At the moment, users agree to allow use of cookies on a site-by-site basis, with publishers usually getting consent via a popup notice telling visitors that they agree to use of cookies by continuing to browse the site.

The proposed regulations, which proponents want to see passed and ready to go live at the same time as GDPR, would mean consent is obtained at the browser level. Users will choose to either allow or block cookies on a browser the first time they use it, which will then apply to all websites visited on that browser.

“Much More Problematic than GDPR”

ePrivacy has been “hidden behind the GDPR project” according to Chappaz, and there has been a level of confusion around how the two projects relate. But he believes ePrivacy should be getting much more industry attention than it has done so far, as it is “much more problematic than GDPR” in his eyes.

“You can bet that most people would leave the default setting on “no tracking”, and it could mean than cookies would almost completely disappear from the European internet,” said Chappaz. “This would obviously cause major issues for the advertising business, and hurt publishers whose revenue is largely dependant on targeted advertising.”

Chappaz sees it as a “crazy project” which would send us back to the past, with ads no longer targeted meaning users end up seeing a lot of repeated or irrelevant ads. But the project also risks handing a huge advantage to the likes of Facebook and Google – those whose vast stores of personal data leave them unreliant on cookies for ad targeting.

A Boon for the Duopoly

This could see ad revenue concentrated even more heavily on the duopoly, which already attracted 84 percent of global digital ad spend (excluding China) last year according to GroupM. And with ePrivacy aimed at safeguarding user privacy, Chappaz questions whether it achieves this, given the power it gives a select few companies.

“You have to ask yourself, is it legitimate that companies such as Google and Facebook, and browser-developing companies such as Microsoft, who are all heavily involved in the advertising business, will be the gatekeepers for data collection of all users on the internet? That sounds really unfair,” said Chappaz.

“If there is a concern about privacy, it should be about actual personal data, which is data attached to the name of a user.” He gave the example of Facebook, which collects location data, and now financial data through payment capabilities on Messenger, and said that if the EU is concerned about privacy, it should worried about this type of data collection.

Cookies on the other hand, which are attached to a device rather than an individual, should be of less concern in Chappaz’s opinion. He believes that the current system of individual websites obtaining consent via pop-up notifications is sufficient, especially with GDPR giving users greater transparency in how this data is used.

“No Plan B” for Publishers and Ad Tech

If ePrivacy does pass, will publishers adapt, and find ways to thrive despite the new laws? Chappaz is not optimistic. “If ePrivacy passes as it was voted on by the European Parliament in October, there would be no plan B. Publishers and ad tech would have to return to a situation where you don’t have any kind of targeting.”

ePrivacy is not the only threat to the cookie-based advertising ecosystem. Browsers already have substantial power to put the breaks on targeted advertising, as shown by Apple’s update to its Safari browser last year which severely limited cross-site tracking. Many advertisers were frustrated by the update, with made trade groups writing an open letter to Apple last September to complain.

But other major browser owners like Google and Microsoft are heavily involved in the advertising business, meaning it’s unlikely this kind of tracking prevention will spread far beyond Safari.

As such, Chappaz believes ePrivacy represents one of the main threats of increasing the domination of US tech companies over the European internet, which he says he finds particularly shocking given how much effort the European Commision has put into trying to ensure European businesses remain competitive.

Not a Done Deal Yet

ePrivacy is by no means a done deal, and those in the advertising world can take action if they’re worried about how it would affect their business.

He believes that it’s largely a case at the moment of the EU not fully understanding the implications of the regulation they’ve drafted, and that it’s crucial that industry players speak with governments about the dangers of ePrivacy if they want to bring about change. “I believe the European MP’s have not been properly informed,” said Chappaz. “They can see that there are some concerns about user privacy, but they don’t know how to translate this on the internet.”

The commission has already raised objections about the regulation, and Chappaz is positive that once the implications of ePrivacy are fully understood, it will either be blocked or amended. If this is not the case though, in Chappaz’s view, it could be a bleak future for the European advertising landscape.