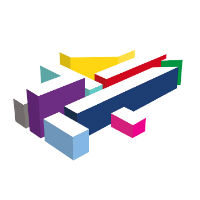 Channel 4 has announced the launch of a new digital ad sales house, and has won a contract to handle ad sales for BT Sport’s digital platforms, a contract previously held by Google. The broadcaster’s new digital sales team has signed up BT Sport as a launch partner, and will exclusively sell dynamic advertising inventory on BT Sport’s on-demand mobile, tablet and browser based platforms, via 4 Sales.

Channel 4 already handles TV sales for BT Sport, after beating out competition from Channel 5 and Sky to win the contract back in 2013, and now it will take responsibility for the sports broadcaster’s digital inventory too.

Channel 4’s sales house, known as ‘4 Sales’, also offers inventory from UKTV (which includes channels such as Dave, Gold, Home, UKTV Play and Good Food, amongst others) and other broadcasters who delegate ad sales to Channel 4. The addition of BT Sports will diversify their offering further still.

The move represents part of a wider industry trend, whereby both broadcasters and pay TV operators have been increasingly keen to team up and combine their audiences to compete with the likes of Google, Amazon and Facebook, tech companies whose huge user bases have drawn advertisers away from traditional advertisers and onto their platforms.

Channel 4 has made partnerships with other broadcasters a core part of its strategy. It signed up as a partner of the European Broadcaster Exchange (EBX) at the end of last year, a digital sales group founded by ProSiebenSat.1, TF1 and Mediaset which will pool digital video on-demand (VOD) inventory to allow advertisers to run Europe-wide TV campaigns with programmatic purchasing.

This new deal doesn’t have the huge, pan-European scale of EBX, but can still be seen as a big win for Channel 4, as it has bolstered its own sales offering while denying Google a lucrative ontract in one swoop. BT Sport was an important feather in Google’s cap in terms of gaining access to TV quality inventory and was symbolically important in that it represented a foothold in the UK TV market.

At launch EBX will only trade inventory on the four stakeholders’ owned and operated platforms, but it’s possible that in the future partners who sign up to 4 Sales could have their inventory sold over EBX too. “It’s something we haven’t predicated as part of our BT deal, but we’re not discounting that it could happen,” said Lewis. “Over time it’s very likely that other publishers’ inventory could be represented by EBX.”

While broadcasters seek to make their ad offerings more tempting to advertisers, Google’s own offerings are coming under scrutiny. Brand safety issues have plagued Google over the past year, both in terms of the publishers available on its ad exchange, and the quality of its own inventory on YouTube.

Telcos in particular have become more wary of Google. A senior executive working for a leading ad tech company told VAN that telcos like BT are very reluctant to enter deals which give Google access to their data due to growing concerns that Google is less a ‘frenemy’, as it’s previously been seen, and more a prospective competitor.

As a result, the search giant is increasingly being perceived as an unlikely destination for truly premium video. This is welcome news for traditional broadcasters and publishers who have long been trying to convince brands that only TV offers large scale, brand safe premium content.