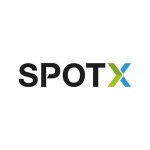 RTL Group, Europe’s largest pan-European broadcaster, announced today their decision to take full ownership of SpotX, a platform for ad-serving and programmatic ad sales. Having previously acquired a 65 percent stake in the company worth $144 million back in 2014, RTL will now buy the remaining 35 percent and take total control, with the acquisition scheduled to close in October this year.

The decision was announced as RTL delivered their second quarter results, which saw Group revenue up 8.8% in Q2, and up 3.5% in H1. RTL attributes these results to its ‘total video strategy’ whereby the company has diversified its revenue streams, investing in digital video and ad-tech and pushing into production of high-end drama series. As the SpotX purchase shows, this strategy is continuing at full speed, with Bert Habets and Guillaume de Posch, Co-Chief Executive Officers of RTL Group, describing it as part of an “ambitious growth plan for our ad-tech businesses.”

“The challenging development of the TV advertising markets across our footprint is a clear signal to even accelerate our strategy execution,” the Co-CEOs said in a joint statement. “Together with the very experienced management teams of SpotX and Smartclip, we are working on an ambitious growth plan for our ad-tech businesses. This plan includes the close collaboration between SpotX and Smartclip, rolling out their solutions across our operations and scaling up the businesses with further acquisitions and partnerships.”

RTL Group also made mention of intentions for further investments to “further expand its ad-tech businesses”, which includes the possibility of further acquisitions and partnerships, but no further detail was given over the nature of these acquisitions.

“The investment demonstrates RTL Group’s continued commitment to its ambitious ad tech strategy and recognition of SpotX’s impressive growth and execution of its strategic objectives” said SpotX CEO Mike Shehan who, along with his management team, will continue in their roles after the deal is completed. He emphasised his intentions to “continue to execute the company’s vision of providing a modern video ad serving platform to broadcasters, MVPDs and premium publishers around the world.”

As well as SpotX, RTL already owns a 17 percent stake in Clypd, a platform for programmatic advertising on linear TV, and a 19 percent stake worth $15 million in VideoAmp, creators of software for cross-screen data optimisation. The statement mentioned the possibility of further acquisitions and partnerships in the future, but no more detail was given over the nature of these acquisitions.