In this week’s Week in Review: Facebook faces multiple fines by the EU and France, ITV announce they are to launch addressable TV advertising within 12 months, and Apple TV and Amazon call a truce, for weekly updates sign up to the weekly Video Round-Up.

Facebook Fined for WhatsApp Deal and Facing Multiple Privacy Actions in Europe
European Union antitrust regulators have fined Facebook 110 million Euros for giving misleading information during a vetting of its deal to acquire messaging service WhatsApp in 2014. The European Commission said Facebook claimed it could not automatically match user accounts on its namesake platform and WhatsApp, but later launched a service doing exactly that. Facebook said the errors made in its 2014 filings were not intentional and that the Commission had confirmed they had not affected the outcome of the merger review.

Facebook has also been fined €150,000 by France’s data protection watchdog CNIL, and is currently under investigation in Belgium, the Netherlands, Germany and Spain for data privacy violations around the tracking of users and non-users and the use of user data for advertising. The Belgian Privacy Commission is renewing its recommendations over Facebook’s tracking of users and non-users through cookies, social plug-ins and pixels, for which it is seeking judicial enforcement in October.

ITV to Launch Addressable TV Ads Within 12 Months
ITV plans to launch addressable TV in the next 12 months in an effort to boost advertising revenues by attracting brands and companies that would otherwise spend their budgets with Facebook and Google. The UK commercial broadcaster plans to allow advertisers to target TV ads on a household-by-household basis. Press reports indicate ITV will offer “accountable data”, which would be third party verified and delivered across all its assets. It wants to talk to set-top box manufacturers, the TV manufacturers, the delivery systems and others to realise its ambitions.

Apple TV and Amazon Call Truce
Apple is preparing to announce that Amazon Prime Video will be available on Apple TV at its annual developer’s conference, Worldwide Developers Conference (WWDC), next month. According to Advanced TV, in exchange for Prime Video returning to the Apple TV platform, Amazon will resume sales of Apple TV devices, according to reports. The online retail giant halted sales of the device in October 2015 because Apple’s box didn’t offer a way for Prime subscribers to access Amazon’s content.

Vodafone Sees TV and Convergence Growth in Spite of Challenging Year
For the year ending 31 March the Vodafone group has reported a 4.4 per cent decline in revenues, to €47.6 billion. The standout figure in the report being the massive €6.1 billion loss it suffered, largely due to its troubled Indian operations and problems in the UK.

However, there were also positives: in Spain, Vodafone’s TV base reached 1.3 million, up 246,000 year-on-year. The company’s mobile and TV combination reached 2.4 million customers at the end of the financial year.

Vivendi Bid for Majority Havas Stake Prompts Questions of Agency Impartiality
Vivendi’s recent bid for a majority stake in Havas has prompted questions of how the agency will convince clients it is not biased towards Vivendi-owned media assets. Vivendi also owns DailyMotion, FTA broadcast operator Mediaset, and Telecom Italia.

Sir Martin Sorrell, chief executive of rival advertising group WPP, argues the merger would create “all sorts of potential for conflict of interest.”. Brian Wieser, analyst with Pivotal Research, also highlighted how Havas Media will have to manage against “perceptions that Havas clients will be steered towards Vivendi-owned media assets”.

Fox Puts Joe Marchese in Charge of Sales
Joe Marchese has been named president of advertising revenue for Fox Networks Group, which includes the Fox broadcast network, FX and Fox Sports 1. The move raised eyebrows as Marchese has previously warned that TV networks “bombard” people with too many ads, and has advocated for consumers to use ad blockers. The executive now has to find a means to keep revenue in linear television amidst ratings declines, cord cutting and the explosion in often ad-free video streaming.

US Pay-TV Loses Over Half a Million Subs
The top 10 television service providers in the US lost 559,000 customers between them in the first quarter of 2017, according to the informitv Multiscreen Index. That is the largest loss seen so far, amounting to a quarterly subscriber reduction of 0.63 per cent. It compares to a loss of 162,000 for the top 10 services in the previous quarter and a small gain of 18,000 in the first quarter of 2016.

Over Half of US Cord Cutters Cancelled in the Last Two Years
Fifty two per cent of US cord-cutters cancelled their pay TV service within the last two years, according to The Diffusion Group. The research claims that the availability of inexpensive streaming services such as Netflix and Amazon Prime has caused legacy TV subscribers to reassess the value of their TV services.

2017 Champions League Final will be Free to All and in VR on BT Sport
BT has announced it will make this season’s UEFA Champions League and UEFA Europa League finals available for free on YouTube, the BT website, BT Sport channels and the app. The final will also be available through 360°streams on YouTube and the new BT Sport Virtual Reality App.

BPI Rebuts YouTube Claim to be Good for Music Industry
The British Phonographic Industry has issued a response challenging the RBB Economics report which looked at the “Value of YouTube to the music industry”. Geoff Taylor, Chief Executive BPI & BRIT Awards, said that “… the data in this Google-commissioned report reinforces the fact that YouTube is having a negative impact on revenues from recorded music”. The BPI analysis argues that if 19 per cent of YouTube users chose to take out a music subscription, it would generate approximately £415 million per annum additional retail spend on music, doubling the current value of the UK streaming market.

UK VR Firm Raises $500 Million
Improbable, a London-based virtual reality firm, has announced that it has raised $502 million in one of the biggest investments in an early stage European technology business. The round was led by SoftBank, and though the valuation is undisclosed, the Japanese bank’s confirmation that its investment only provides it with an uncontrolled stake means that the Improbable has to be valued at least twice that of the investment. Over one billion USD.

Communications and Social Increasingly Dominate App Time
The increasing popularity of Facebook, WhatsApp and Instagram mean communications and social media is accounting for a greater share of the time people spend on apps than ever, according to Verto Analytics. Their study found the monthly time spent on communications and social media apps grew by 11.2 billion minute, 38 per cent, from Sept to March 2017. This made it the fastest growing app category and now accounts for 44 per cent of all mobile app time. Entertainment had the next biggest rise, up 3.4 billion minutes, 22 per cent, to account for over one in every five app minutes. 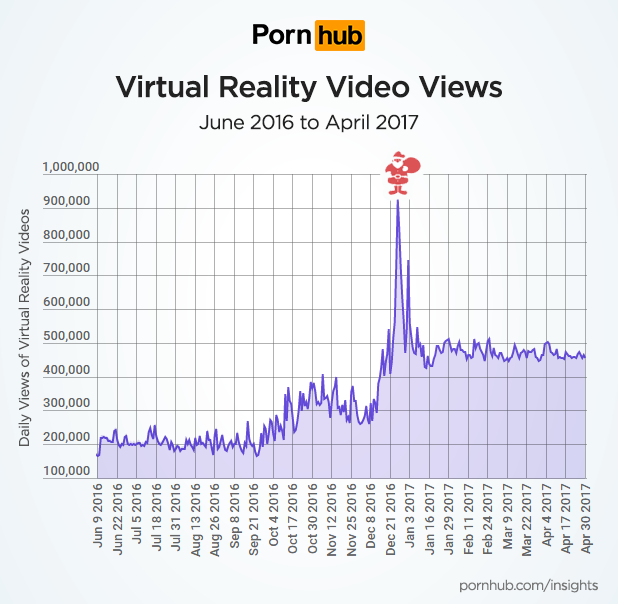 Facebook Refunds Advertisers Over Measurement Bug
Facebook Inc. has announced that it is issuing refunds to some advertisers after discovering a bug in its system that led it to overstate clicks on marketers’ websites. In a blog post the social network said the discrepancy was minor, occurring only when users visited the site on mobile web browsers, and allowed “video carousel” ad format clicks to be inadvertently registered as site-link clicks. As such, the Facebook argued that the bug only affected advertisers specifically paying for ads that resulted in clicks to their websites.

Google Updates AdSense to Improve Transparency for Publishers
In Google’s latest move to assure advertisers of brand safety it has announced two changes to its AdSense platform that it claims will increase transparency about how it deals with violations and removes ads from websites. First, AdSense’s technology has been changed so it can now remove ads from individual pages, instead of entire websites. Second, Google will launch a platform in a few weeks called the “Policy Center” to help website publishers understand the program’s rules and fix violations more quickly.

Snapchat “Max Reach” Launched in UK
Digital advertisers in the UK and France can now reach the entire Snapchat user base with their ads, after the image-sharing platform rolled out its Max Reach function to brands in these countries, the IAB reports. Max Reach allows advertisers to reserve space across Snapchat’s Discover, Our Stories and User Stories features, and to have their adverts seen by every Snapchat user. According to statistics from Snap Inc, 158 million people across the world use Snapchat every day. Advertisers need to book their Max Reach slot a month in advance, with availability dependent on demand. Their adverts will then be targeted at all Snapchat users for a single day.

Sling TV Activates Addressability with Programmatic Advertising Across Segments
Ad inventory on DISH Networks-owned OTT TV service Sling TV is now available programmatically through a SpotX provided video ad serving platform. The partnership enables advertisers to buy programmatically as well as target specific audience segments such as ‘would-be-vacationers’, ‘auto intenders’ and ‘back to school shoppers, according to the technology provider.

Direct Line and MediaCom Partner in OpenSlate Test to Raise Industry Standards
Direct Line has announced that it has become the first brand in the UK to use social video analytics platform OpenSlate’s new brand safety features on its YouTube media buys, through a partnership with MediaCom UK.

Kaltura Powers Kocowa OTT for KCP
Kaltura has been selected by KCP, the Korean content platform, to power the company’s new OTT service “Kocowa”. The service will deliver K-Drama content to users worldwide.

Geometry Global and Blippar Partner to Bring AR to Retail
Geometry Global has entered into a partnership with Blippar to create “augmented retail” in the physical and digital retail space. Using Blippar’s AR creation tools Blippbuilder and Blippbuilder Script, Geometry will aim to create AR in-house that can support the shopping journey in and around retail spaces with product-specific, relevant digital content. The partnership launches in the UK and will roll out in the US and Germany.

Owen Evans Named S4C CEO
Senior Welsh civil servant Owen Evans has been appointed as CEO of the nation’s public broadcaster, S4C. Evans will succeed the incumbent Ian Jones in in October of this year.

How Berlin-based Zeotap are Bringing Telco Data to the Mass Market, read more on VAN

Not quite the story of blossoming young love, but the ad pays off after a long build-up…